In late 2017 we were engaged by a client to assist with its resuming trading on the OTC.  The Client had completed a reverse-merger with a non-trading, public company.  Basically, the public company had the trading in its shares halted by the SEC.  The management of the privately held company, not being very sophisticated, was convinced that merging with this company would easily and quickly allow them to become publicly traded.  Unfortunately, this was not the case.  As a result, we were called in to help.

The Client: A formerly publicly traded company that had the trading of its shares halted by the Securities Exchange Commission (SEC) in February of 2014 for lack of current public information.  In October of 2017, the Company completed a reverse-merger which 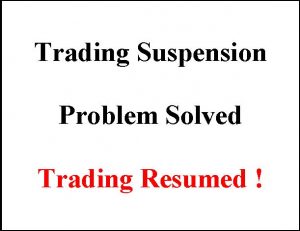 brought new business operations and management to the public company. Their shares were actively trading in the “Grey Market” portion of the Over-the-Counter Market (OTC Market).  The new management was seeking to have a 15c2-11 disclosure application filed on its behalf in order to have a fully quoted market for the trading of its shares.

The Task: To address the issues related to the prior trading suspension and trading halt, as well as meet the current requirements for a 15c2-11 application filing.

Issues:  The Client needed it satisfy the requirements for Rule 15c2-11, as well as locate a broker/dealer willing to file the 15c2-11 disclosure documents with FINRA. While the Company had competent securities counsel, it lacked the finance personnel to properly prepare its financial statements for an audit.

Secondary Issues:  Members of the former management of the public company were deemed to be “Bad Actors” and FINRA would not approved the 15c2-11 if they remained shareholders.

Plan of Action:  Coral Capital brought in its team members to prepare the financial statements for an audit by a PCAOB member audit firm.  Our team members recommended a PCAOB member audit firm to perform the audit of the Client’s financial statements.  One of our team members assisted in the drafting of a registration statement to address the current information requirements.  During the process we advised the client on a fund raising structure that would allow for the Company to raise capital without any audit issues with respects to its registration statement.

When the issue of the shareholders who were deemed to be Bad Actors by the SEC was brought to our attention, we advised the Client on a legal strategy that allowed the Client  to successfully remove those individuals as shareholders of the Company’s shares.

Finally, we assisted the Client with the preparation of the documents for the 15c2-11 submission.